We Did It Again: Northern Ecommerce Expo & Awards 2017

What a couple of days. The 2017 eCommerce Expo and Awards Ceremony provided us with talks, pitches, networking opportunities, fun times, and 2 awards. Given that it was the first event of its kind, there was an impressive turnout of innovative talent from new and established brands from the North.

With it being our first appearance at such an event, our aim was to tell our story and position ourselves as a genuinely forward-thinking industry leader, in the paid search world. Little did we know that our multimedia stand, and inspired ‘juggling competition’, were to result in such a level of engagement.

Given the demographic of the expo’s delegates, the correlation between ‘digital’ or ‘Tech’ minded people and the ability to juggle became very clear. The eCommerce mindset: juggling multiple tasks at any given time.

As the first day moved into the awards evening we found that our two nominations resulted in a double win – beating the likes of Channel Adviser. Most impressively, our award for ‘Innovation’ was the 2nd time we have won it in 2 years!

It was wonderful to receive continuous recognition for the ongoing Machine Learning and AI work we are doing here at Dream Agility.

Our platform is consistently being refined, and improved, by our in-house professors. Dream Agility has the first joint faculty research project (half Machine Learning and half Neural Networks), which will add future Patents to the current Patent applications – keeping us at the forefront of the sector.

It was also a delight to have won an award alongside a highly valued client such as Music Magpie, with whom we have run a series of very successful campaigns since March 2016. Long may that continue.

Given that we have also recently been announced as a finalist for a Made in Bury award, we hope to continue this momentum, which has been brought about by our drive to explore new ways of developing, and innovating, the eCommerce sector.

For further details about our platform, and how we can benefit your paid search campaigns, please contact sales@dreamagility.com 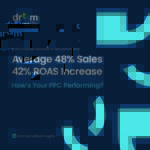 After we launched MLoD in Nov 2018 and