Bleak Friday? Can A.i Deliver A Merrier Christmas For Retailers? 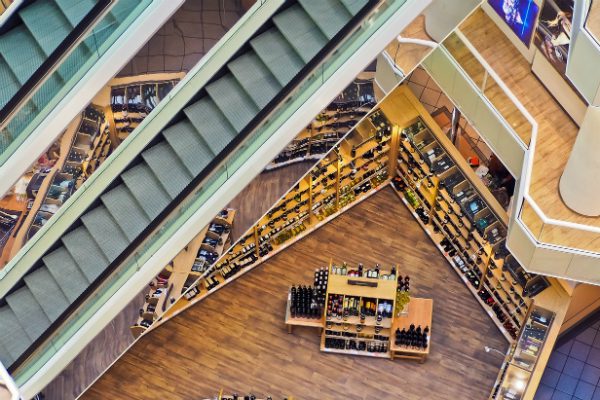 14.12.2017 Is Black Friday the saviour of Christmas spending for retailers? What’s the secret sauce to avoid plummeting profits and record returns in January? It was only three weeks ago, but it seems like a distant memory now: Starting pistol fired. Every man, woman, and child desperately climb over each other to get the best priced […]

What A Year: Made In Bury Business Awards 2017

29.11.2017 Now in its 5th year, the Made in Bury Business awards are big fixture in the region of Bury’s calendar. For newcomers to the occasion, such as Dream Agility, the evening was delivered with a confidence that showed how well established it had become. On arrival one was greeted by an array of glitz: […]

03.11.2017 Dream Agility beat a selection of companies, from 5 difference continents, to win the 2017 Global Tech Challenge Award at the Bounce Busan Global Conference. The competition was delivered in front of an audience of 500 and concluded a daylong conference that featured keynote speeches and panel discussions. Established by the Korean government, the […]

Start Up Of The Year Winner Is…

24.03.2014 AND THE WINNER OF THE FDM EVERYWOMAN IN TECHNOLOGY AWARD 2014 START UP CATEGORY, SPONSORED BY SALESFORCE IS… Our Co-Founder and CEO, Elizabeth Clark! It was announced at the  spectacular FDM Everywoman in Technology event in London, with some of the brightests minds in Technology. More about the event here… Elizabeth started her career designing electro-hydraulic […]

Glyn Powditch, CTO, was invited by Manchester Business School to their 2014 Budget Event held at Media City to give expert commentary on SEIS and the state of the UK High Street. In attendance were academics, business leaders and journalists from the Financial Times and BBC. Whilst welcoming the announcement by George Osborne tha the SEIS was […]

COULD SOAP AND WATER ATTRACT MORE WOMEN INTO THE SECTOR? Is the question on our lips and our article featured on Computer Weeklys WITsend.  As an FDM Everywoman in Technology Finalist our Co-Founder, Elizabeth Clark, questions are there simple avenues we’ve overlooked that could attract more women…. Read the full article here at the Computer Weekly […]

Finalist At The FDM Every Woman In Technology Awards!

SOMETHING TO CELEBRATE…WE’RE FINALISTS AT THE FDM EVERYWOMAN IN TECHNOLOGY AWARDS The finalists in the prestigious annual 2014 FDM everywoman in Technology Awards are revealed, celebrating the women creating, advancing and deploying technology across UK Plc. These Awards champion the female talent in the sector, whether as scientific innovators, rising stars within technology businesses, founders […]

YIPEE – WE’VE MADE THE SHORTLIST FOR 2 AWARDS! We’re really please to announce that our CTO, Glyn Powditch, has been shortlisted for , not one, but two awards. Entrepreneur of the Year and Digital Professional of the Year in the Made in Manchester Awards 2014 , backed by Future Pro-Manchester.